Deep in their roots, all flowers keep the light.

My chase began in mid-March shortly after returning home from our Georgia Coast workshop, the last hurrah before all began to “shut down.” And with all the plans for workshops, presentations and classes cancelled in a progressive domino chain, I began to look for ways to “make the lemonade” despite knowing that uncertainty was the only certain thing. That … and that spring was on “go” regardless.

What I know is that nature waits for no one. It happens and does not abide by any fixed set of rules or regulations, nor does it follow any specific timeline. It happens when and where it happens and is only guided or steered by factors such as light, water and temperatures. No one can hurry or slow down nature in its element. No one.

And for the first time in years I realized that I was to be home for a season … or at least a good part of one. And that season is Spring. It’s early May, and I am still home. That is how “Chasing Spring” began. 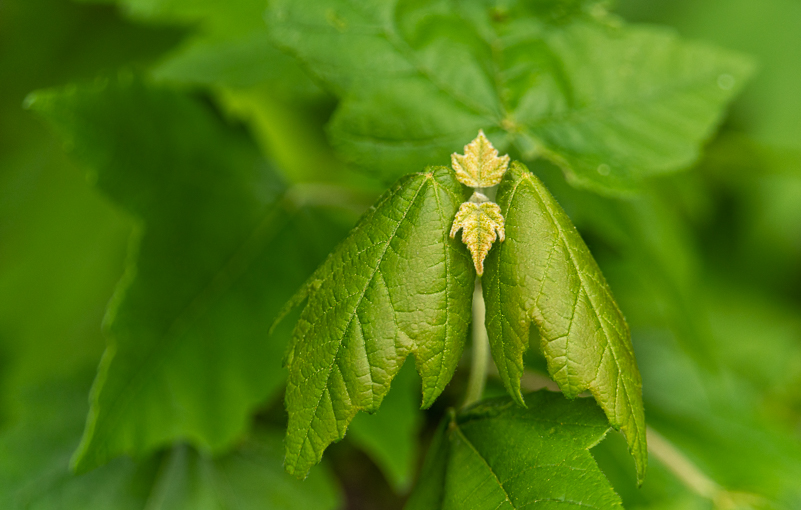 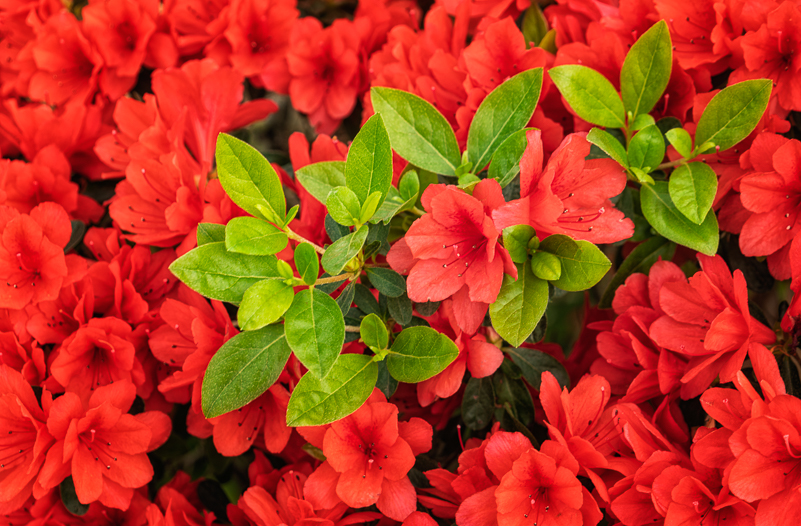 Azaleas burst on the scene with bold colors.

One morning I got up and went for a walk in my neighborhood. Part of the walk’s purpose was to get me out of the house, get in some steps and breathe in some fresh air. The house, and being home alone, was wearing on me. On this morning I decided to bring my “real” camera and one lens, the Tamron 28-300mm on my Nikon Z6. I went for this walk with an open mind and eyes open for beauty and signs of spring that I knew were out there.

Very quickly I began to see more and more – stopping here and there, laying on the ground, shooting low, high, through and all around. I did not keep to the road, but wandered to places that caught my eyes. Paid no regard for boundaries other than not going in folks’ back patios. 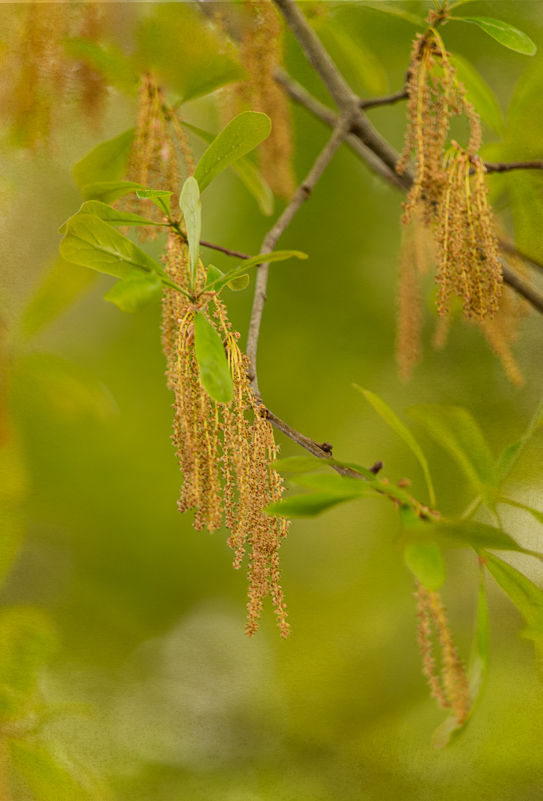 The dangly tendrils that signal spring and sneezes. 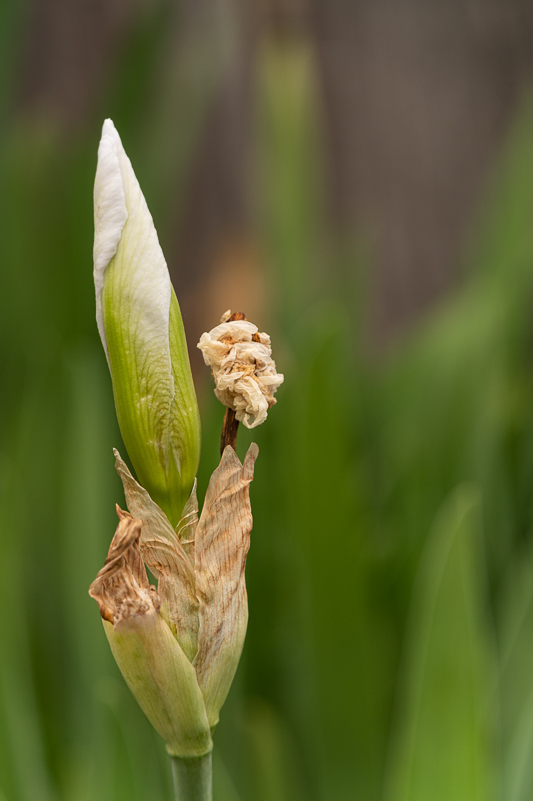 I found iris about to bloom …

And it wasn’t long before a very simple scene brought me back to a place over 500 miles and many years away. As I lay on the ground to photograph the emerging clover patch, the sight and sounds and even more so the fresh smell of grass took me “home” to a simpler time. When I was growing up, I used to grab a blanket and a book and make my way to a place in the shade of our backyard to read, and think, and often “just be.” I would examine patches of grass and clover and search for the four-leaved ones. If they were there, I would find them. I remember the freshness … the smell of green, the wash of spring and summer breezes rolling over me. And the sounds, I remember the sounds of the birds singing, tree leaves rustling in the winds, the bees and such doing their own things nearby without any care or notice of my presence.

On that one morning walk began the continuing “chasing spring” project, I was on the hunt without regard for time or deadlines (I had none.). I just kept my mind and eyes open and responded to what appeared and caught my attention. 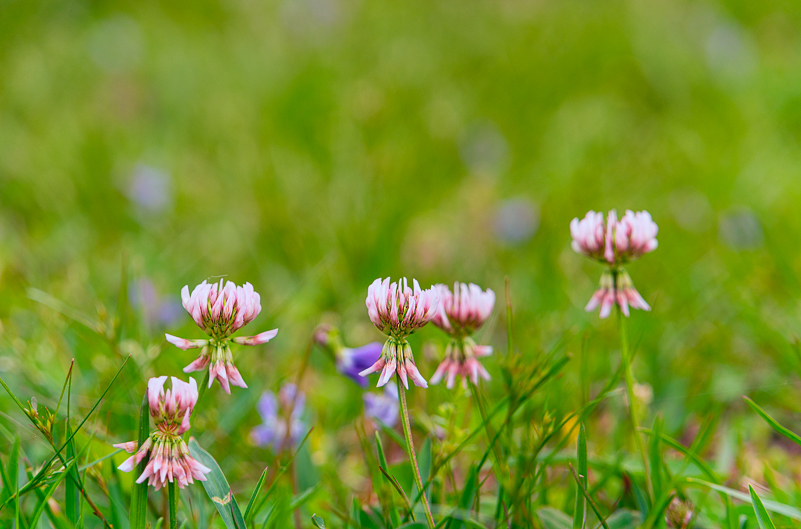 I laid down on the grass to photograph this clover. Laid down and smelled the grass and clover, felt the warmth and spring breezes. This moment in time brought me home, to the place and time I remember so well … 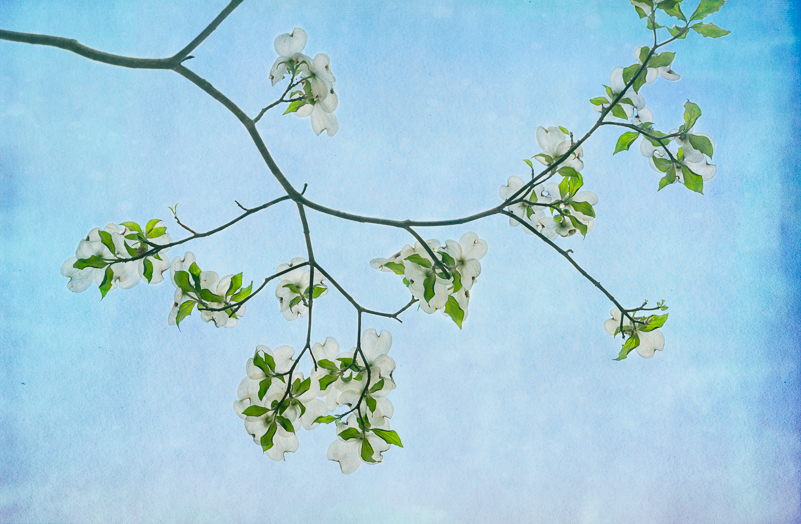 Not far from the clover I met this dogwood blooming in the sky. I decorated this one with a French Kiss texture. The sky was white. It needed to be blue because that’s what I needed.

The images in this post are mostly the result of that first three-hour morning walk, but there are more that are not included and some to be saved for later stories. Other images are what has been keeping me grounded. Whatever would I do without the flowers and the light they hold? What has followed in the weeks since is a continuation of that quest to capture a season. Spring is fluid and evolving every day, presenting something new and old with each morning light. Spring, and the chase, is still a vibrant work in progress.

Most of the trees are past the flowering stage and leaves full and lush in all shades of green. All the early blooms in my neighborhood are gone, and the “starters” (like ferns) are coming into their own unfurling. A new wave of colors, shapes and textures is playing now. 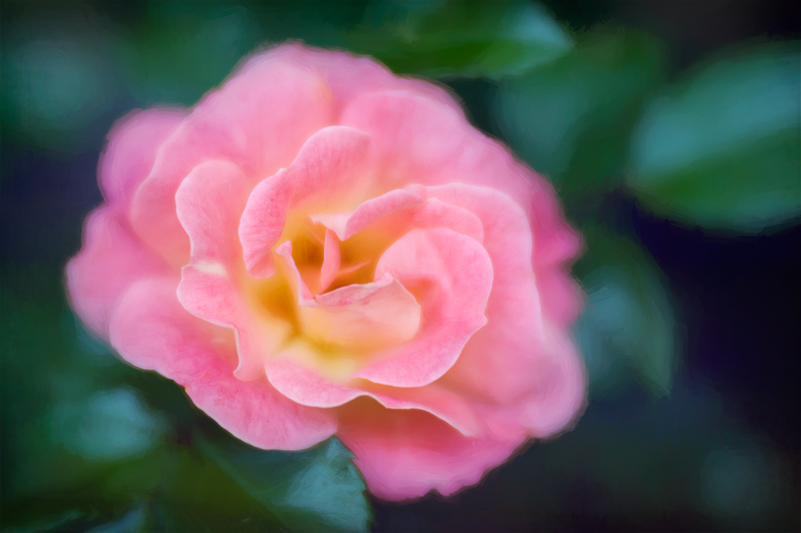 On another morning walk I took my Nikon Z6 and the Lensbaby Velvet 85. I love what it does to make the flowers glow, inside and out.

I had all hopes of shooting some subjects in natural light at home and clipped branches of dogwood and wisteria and cherry blossoms to do just that. However, it has been a most blustery, the most blustery, spring I have encountered in years. (Anyone else besides me think of Winnie the Pooh when you read “blustery”?) Between the wind and rain the ambient light images I envisioned were sidetracked and transformed into either tight macros or imagined still lifes inside my home. Some of those adventures are shown in this post as well. You will see that they still follow the fleeting and fluid nature of spring but with a metaphorical story-like approach to “serving spring.” I’ll share some thoughts in the captions. 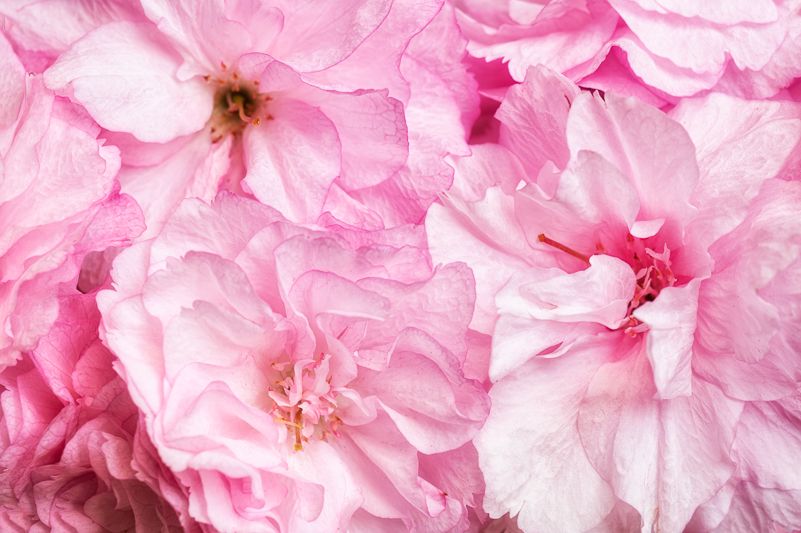 Cherry blossoms in between the bluster of spring breezes. 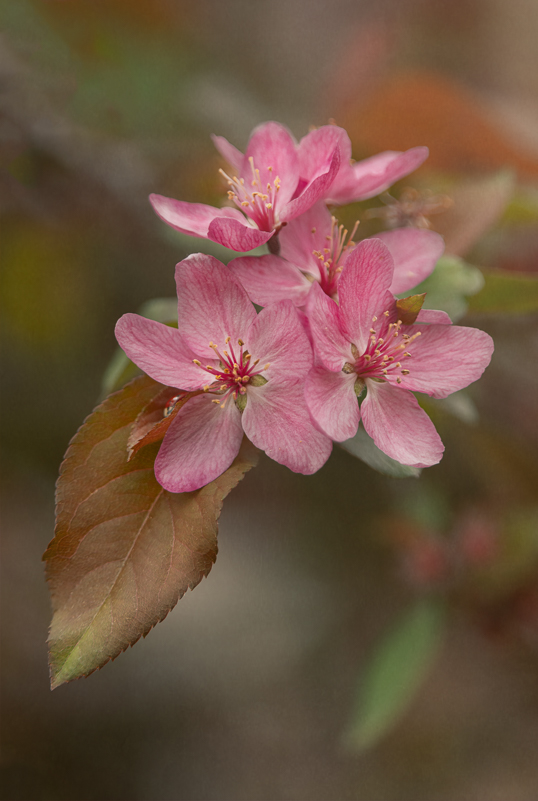 A few blossoms actually still on the tree. 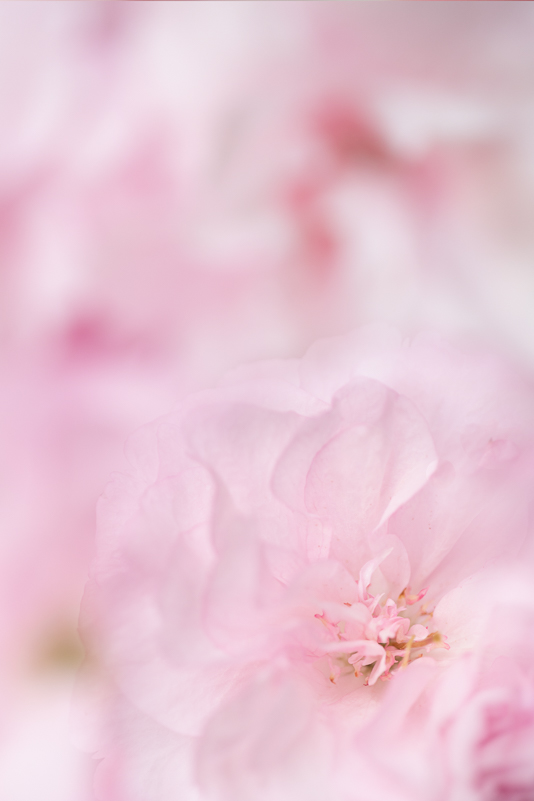 A blend of sharp and soft cherry blossoms.

And, yes, I have, do and will order up, buy and have shipped to me whatever phototherapy I or my neighbors cannot grow. (Remember, all of my favorite gardens that grow amazing things are and have been closed.) As I mentioned, this is the first time in well over a decade that I have been home for an entire spring. I am thankful for many things. That said, I do miss my gardens, miss teaching and sharing in the field during workshops and in the classrooms and beyond. I will be out and about again – we all will be. And, then, it will be time to chase, capture and appreciate yet another new season. 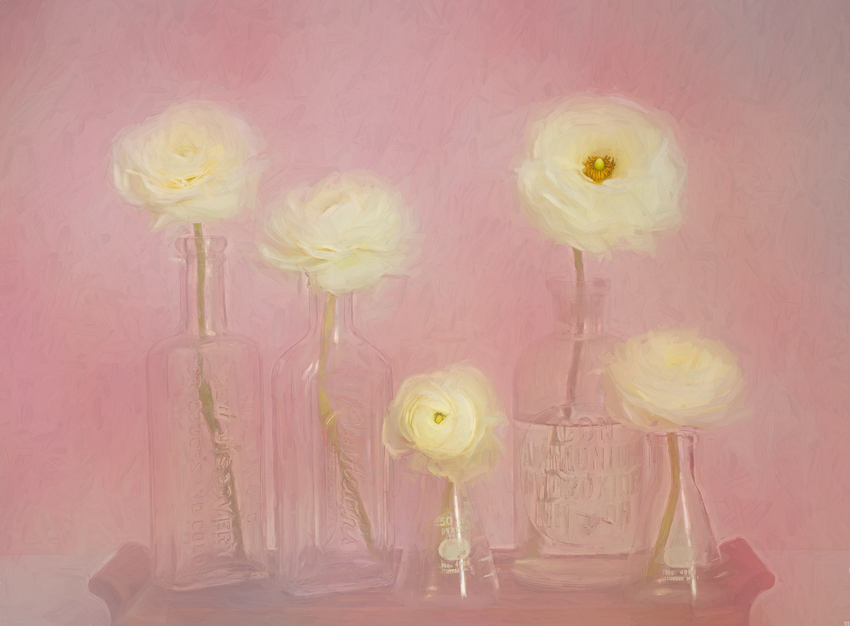 Serving spring on a tray of ranunculus-filled bottles from inside my living room with window light and help from a little Litra and Topaz Impression. 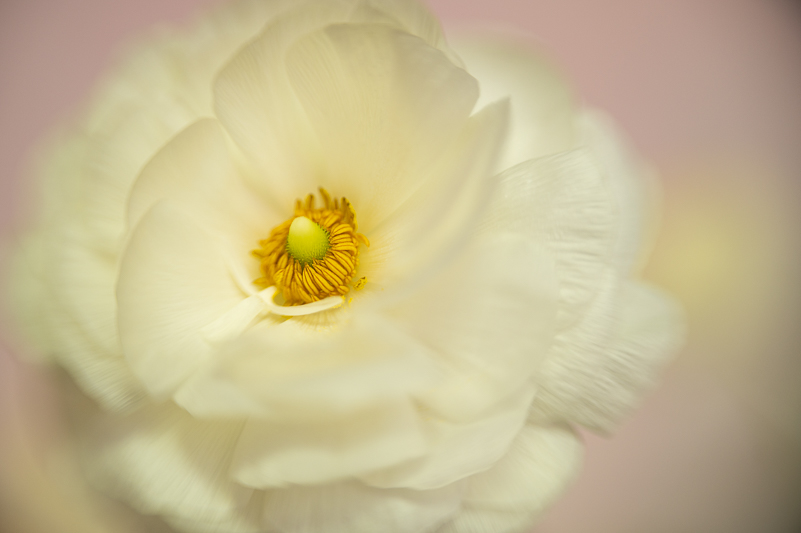 Getting to the center of my favorite ranunculus on the tray with a Lensbaby and close-up filters. 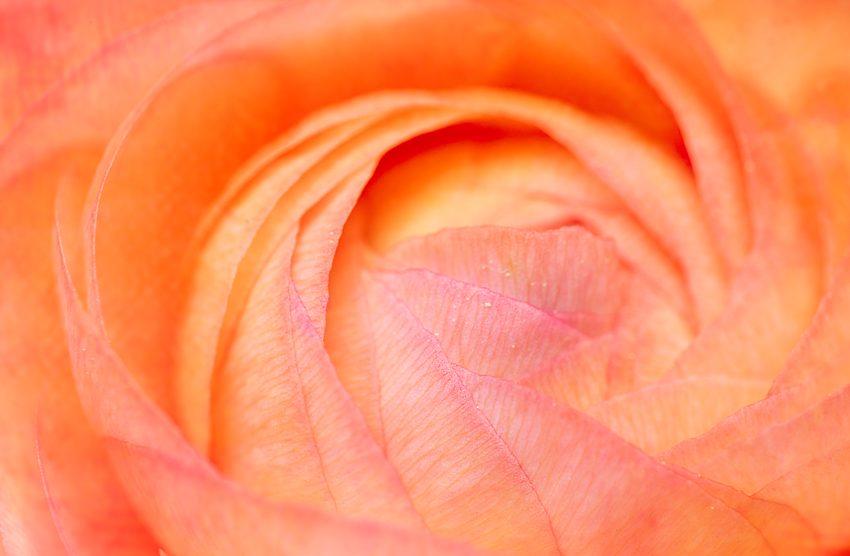 Oh, how the petals of this peachy ranunculus drew me in …

There are at least six more weeks of spring according to the calendar. I encourage you to get outside. GO take a walk with all your senses and leave your expectations inside your home. And, if you like, bring along your camera and see just what catches and holds your attention.

Look for the good stuff. It is there and waiting for you. Let it take you back in time. Let it open up your mind and heart to the present moment – to the now.  Let it lift your spirits. Be where you are. Make the lemonade, then share some with your family and friends and the world. There are many who need to be lifted up with a breath of fresh air that often comes in the form of “beauty in a frame” (your frame, your view).

Share your beautiful chase of the season we are in. Another one is right around the corner. 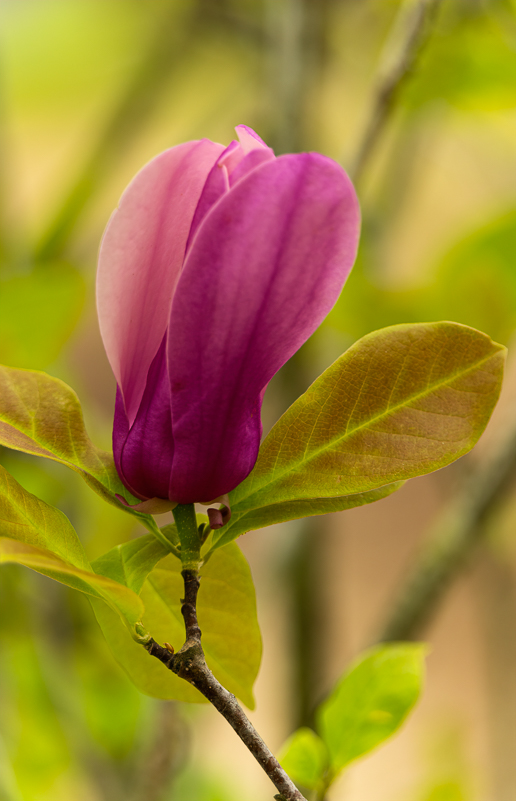 Bloom on tulip tree between the breezes. 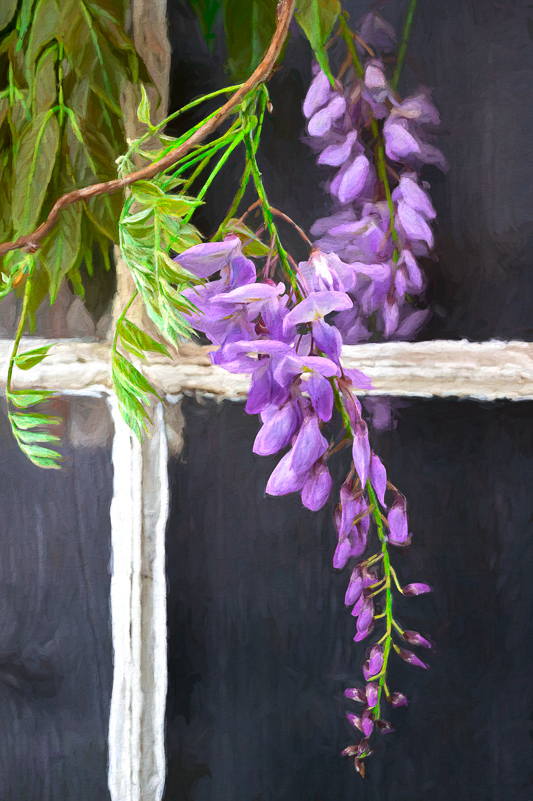 Wisteria and my moving window on the back patio. 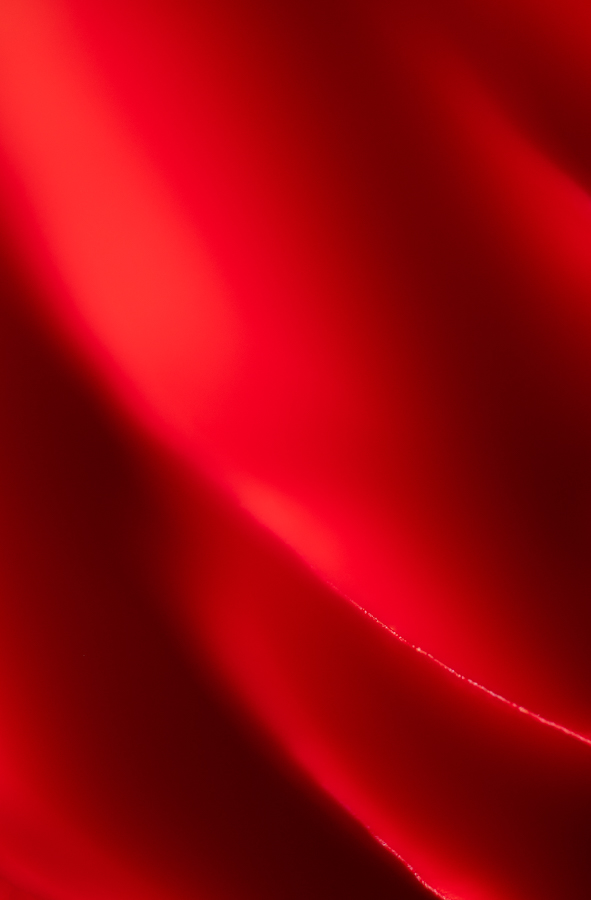 I could get so, so, so very lost in the folds of the petals of a flower. This red ranunculus was enchanting. To get this close, I used my Nikon 70-180mm micro lens, a 6T close-up diopter and likely the Raynox 250 macro adapter. It was magic just to be in it, even if nothing worked. 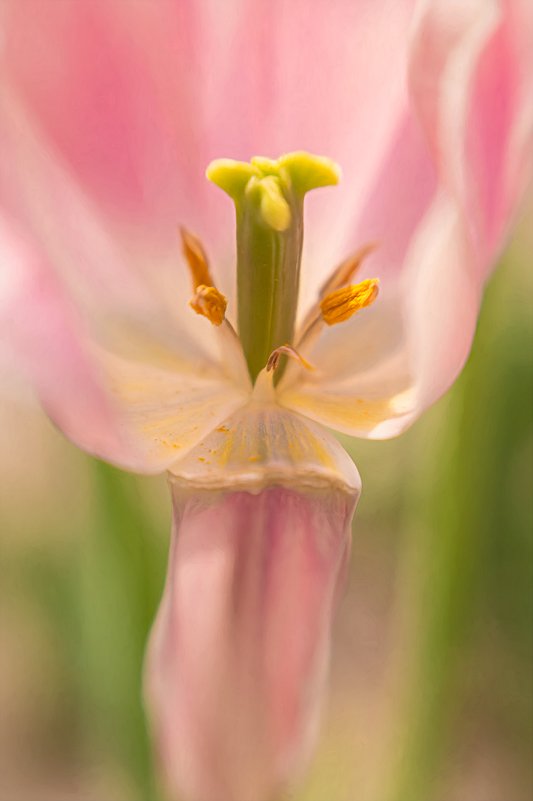 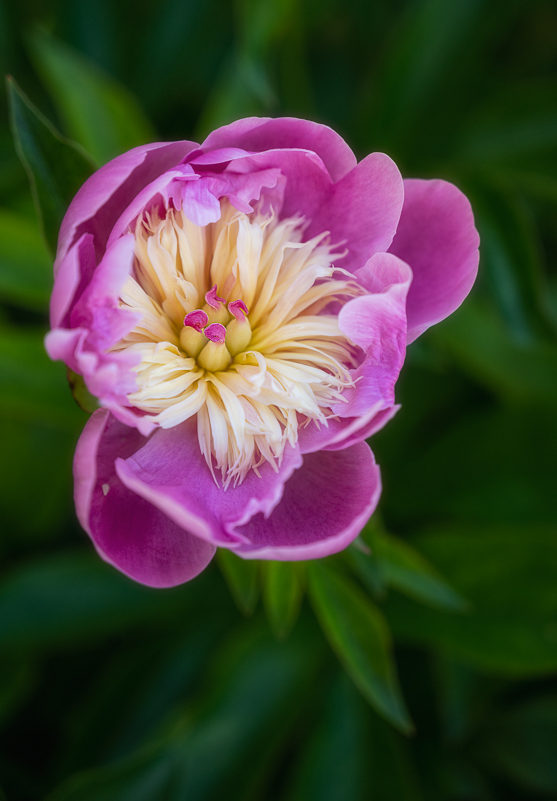 And just last Saturday a wonderful peony tucked out of the way of the garden winds. 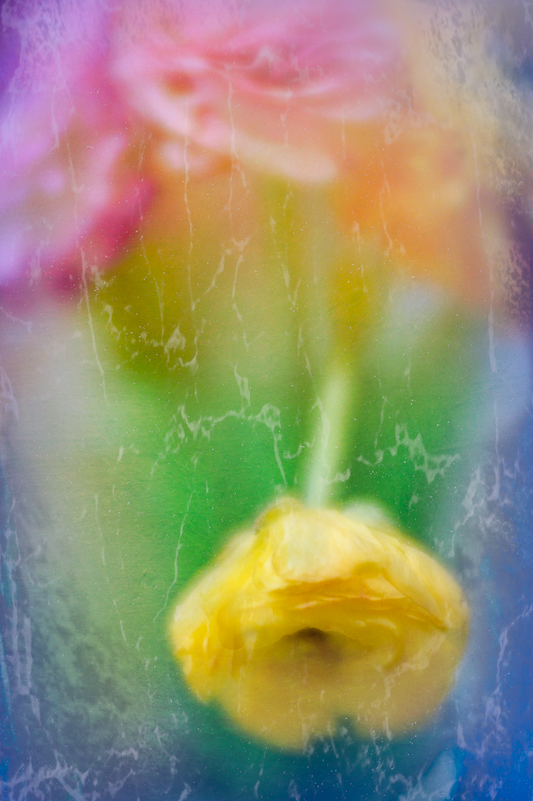 So, this brightly colored image was taken when I saw myself in the low yellow bloom below the others. It was where I was – low and a little lost, but not without hope. I trust that this challenging season will flow into something good. That’s why I kept all the colors behind the crackled texture. 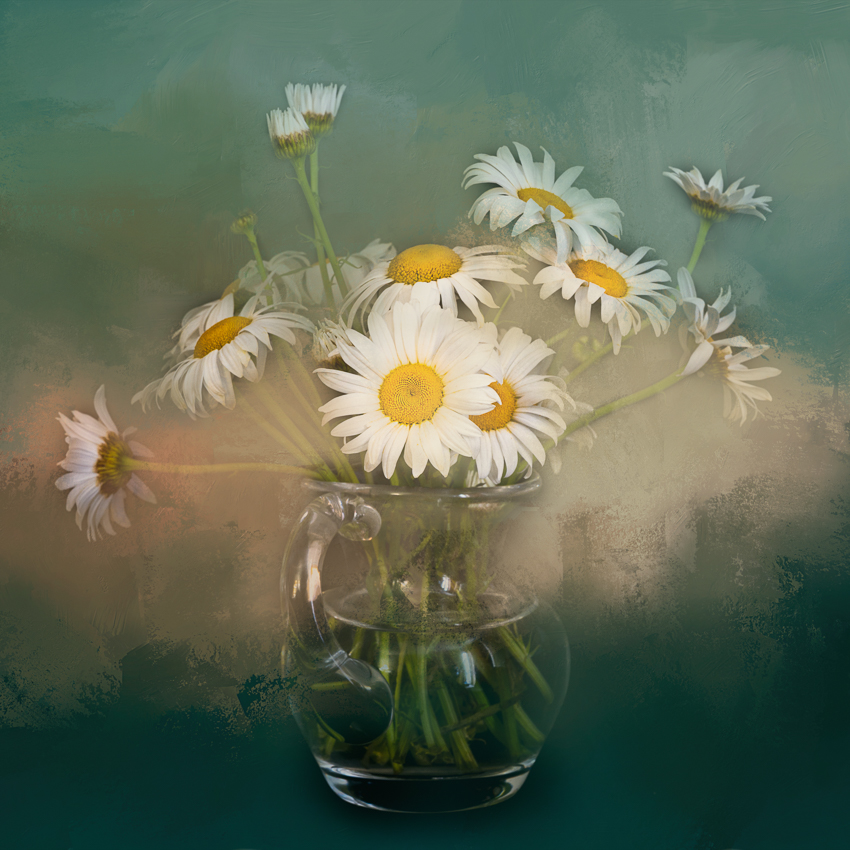 And, this random bouquet of daisies was a gift from my husband, who tells me everyday that “we will get through this.” He brings me flowers, old bottles, glass from old light panels … because he loves me. In the end, this bouquet is love for me. I share it with you. I want to make it last. Be well. Be hopeful. Be kind.